Description
Even for an elf, Chaedi has slightly big and protruding ears. She has long, very wavy, blond hair that reaches to about mid-thigh. However, this is usually braided, and the braid is wrapped messily atop her head. While out adventuring, hair sometimes falls out of the braid (or gets cut by enemies), so occasionally she’ll have to re-braid chunks of it, weaving the new, smaller braids into the larger one. Sometimes, if the weather is hot, she ties a kerchief around the hair, to protect her scalp. Her hair and complexion are both “sun-kissed” so that her hair is a bit on the bright side, and her skin is often a bit tanned (though, as a healer, she uses lotions to avoid too much sun damage!). Her eyes are a bright blue-green, and quite big and friendly. She doesn’t wear makeup, and other than the striking eyes her features are average.

Though she grew up in a coastal area and did plenty of physical labour, and though the party does spend lots of time walking, climbing, and fighting, Chaedi isn’t particularly slim. She eats well when she can, and unlike some other party members she doesn’t spend additional time working out. Still, she’s tall, and muscle is visible on her when she’s fighting — just hidden beneath a healthy layer of fat when the muscles are relaxed. Generally though, none of this is visible because she’s usually dressed in loose outfits that cover most of her. When she’s out of her armour she typically wears a well-worn shirt and pants, just a little short in the arms and legs, made of a light cotton material. She prefers to walk barefoot, but during her recent adventures has needed to wear boots.

Two other things stick out very much in Chaedi’s appearance. One is the symbol she wears on a necklace. Carved on a rectangle of wood, it looks like a modified symbol of Melora. Additionally, Chaedi has a lot of scars. Most of them are fine, but several look like they come from vicious cuts. These have usually appeared on parts of her body hidden by clothes, but recently they’ve begun appearing more along her arms, hands, neck, and cheeks. Under her clothes, they give the impression of an extensive river system.

Chaedi’s defining characteristic is likely her firm belief that all people, deep down (sometimes very deep) have the capacity to be good. In a way, she knows it’s naive, but Chaedi’s also a hopeful kind of person: she works hard and doesn’t leave things to chance, but she’s always helped along by the feeling that, somehow, things will be alright in the end. Chaedi wants to be a force for good in the world, and to be living proof that kindness isn’t weakness.

Background
Chaedi’s first real memories are of tending to the temple in Tinderwood. Before that, she only has fragmented memories of living in a large tree and of running from what she had, up until recently, assumed was a natural forest fire. She was found wandering alone in the woods near Tinderwood by Kerren, head of the temple, and raised as a temple ward. Despite a rough start, Chaedi’s childhood was a happy one, spent learning about Melora and taking care of the temple (and later its congregation).

Chaedi remembers meeting Bright shortly after her arrived, and liking him as much as she would any new arrival, but between his skittishness and her busyness they never spent much time together. When Kerren asked them to team up and instigate undead near the village, she thought it might be an opportunity to learn more about the mysterious newcomer, and of course tat turned out to be incredibly true. Although she was less certain of Riii and Wener initially, they grew to be a great time and she still sometimes misses (some aspects of) Wener. Still, old friend often have to be replaced with new ones. She wonders sometimes how Rowin is doing, and hopes he can someday find peace. She wishes she could go back and apologize to him for leaving, but there’s not time for that right now.

Bright: When Chaedi first set eyes on Bright she thought he had walked out of a book, and not just from the encyclopedia entry on tieflings. He seemed so cool and tough and she thought maybe he was on the run from the law. And then very rapidly Bright started to seem like a lost soul wandering a little too far out of her reach for her to help. She’s managed to find a balance, just recently (and especially after a few choice words from Riii), acknowledging his skill in the wild and on the battlefield, while staying aware of the fact that he’s still often in need of a friendly hand.

Dagger: There was a time when Chaedi was incredibly jealous that Melora who bestow something so precious on Bright instead of her. After that, she spent a lot of time worrying about having a bird on the battlefield and what kind of ruin it would bring to the party if something were to happen to her. Now, though, she’s pleased (if occasionally frustrated) to find in Dagger the judgment sometimes lacking in Bright, and is confident enough in both herself and Dagger to know that she’ll make it through their battles alright.

Riii: Riii is both Chaedi’s best friend and her biggest source of stress. In past, she’s often felt the need to stop Riii from… well, setting beds on fire, attacking passing strangers, causing diplomatic incidents… But Chaedi has also gotten to see all the good in her. Riii’s there to cut through a lot of bullshit, and to pull Chaedi out of herself when she’s getting too serious. She’s also seen her fair share of difficulties and suffering, and Chaedi knows that there are more feelings below the surface than Riii often lets on.

Lo-kag: Probably the most confusing party member for her to deal with, Chaedi likes Lo-kag and trusts him, in some ways, more than anyone else in the party. Which is surprising because he’s also the person she’s most uncertain of. Still, any time she gets too worried she just mentally compares him to Riii and decides he must be alright. Chaedi recognizes a solidity in him that goes beyond the rocky exterior, and she respects the fact that he stands by his beliefs. It does, however, make it difficult to butt heads with him.

Tayschrenn: In a way, Tayschrenn is Chaedi’s ideal person: he’s polite, loves reading, and within minutes of getting into a fight with the party, felt guilt and laid down his arms. He already feels like the little brother she never had, and she’s excited to spend more time getting to know him and nerding out with him.

Melora: Once in a while, Chaedi finds herself wondering if she shouldn’t be worshiping some other god, and she suspects Melora wonders the same thing. After all, Chaedi vehemently, though respectfully, disagrees with some of the core tenets of her religion: she has difficulty with committing violence, even for survival, and wouldn’t think twice about accepting a repentant beholder. But even though she believes, from an academic perspective, that all gods (except the evil ones and especially except Vecna) are equal, worshiping Melora is like being struck with a never-ending love at first sight: every sunrise and storm makes her marvel at what her god does. Besides, Melora rules over the domain most important to Chaedi: life.

Tiandra: Ah, so this is what disgust feels like.

Kerren: Although Chaedi was raised by the “village” that was the clergy at the temple, Kerren was by far the person she was closest to, combining the roles of stern parent, doting grandparent, and patient mentor all into one person. Although he nurtured independence in her, a lot of who Chaedi is and what she knows comes, directly or indirectly, from Kerren. She loves him, and she misses him a lot, but he started her on this journey and she’s not heading back without getting the job done. 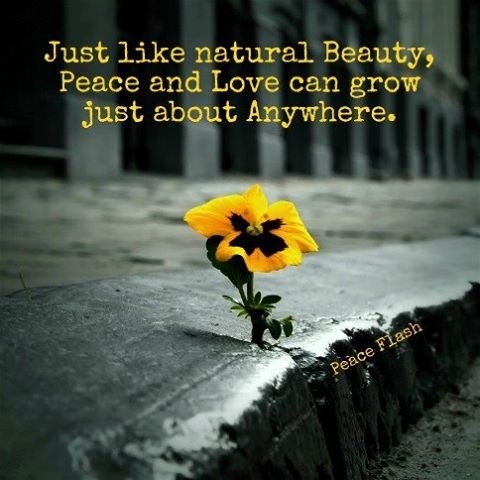